Is Your Toaster Broken? These Tips Can Help You Fix It

If toast or bagels are your morning breakfast staples, a broken toaster could be a huge inconvenience. While your first instinct may just be to purchase a new one, try saving yourself money and try to fix it yourself. Even though toasters are widely available at low costs, the cheaper they are, the more likely they are to need more repairs in the future, so fixing your current one might just be more economical. Read on to learn the common reasons toasters fail and a few ways you can solve those problems.

Unfortunately, the standard toaster design may just be its downfall. Because particles and crumbs commonly fall off food in the toaster, these pieces can accumulate in the carriage (the part that lowers and pops up), cause electrical shorts, or interfere with the general operations of the machine.

To prevent any of these problems from ever occurring (and to attempt fixing them if they do), always empty your toaster's crumb tray on a regular basis and ensure there aren't crumbs stuck elsewhere in the inner mechanism.

The first step in repair is removing the exterior of the toaster to open the latch and carriage. If your toaster no longer "clicks" in place after sliding a piece of bread in the machine (and subsequently doesn't turn on), your problem is most likely in the latch assembly. To access this area, unplug the toaster and remove any screws, buttons and knobs holding the exterior section in place, then carefully remove it to reveal the inner parts.

The latch will be located where the lever was on the outside, and you should inspect it for obvious damage—like a broken part or food that prevents the part from correctly working. If nothing appears wrong, you can clean the part with a cloth.

The second part to inspect is the carriage where the food actually goes. Check that it freely moves up and down, and if it does not, add a small amount of lubricant to the sides of the carriage. If your toaster commonly jams or doesn't pop up when it is supposed to, a little oil is all it could need.

If servicing the carriage and latch assembly doesn't seem to be solving the problem, the heating coils or electrical circuits could be to blame. Because these problems are more complex to fix, calling an electrician or taking the toaster to a small appliance repair shop may be the best next step. 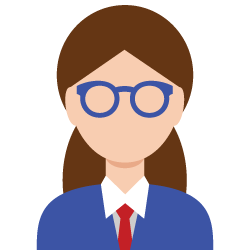 Considerations When Hiring An Electrician - 11 November 2022